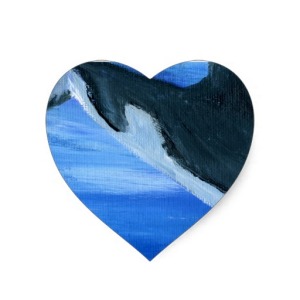 Last weekend our daughter streamed the movie, “Stuck in Love” into our gameroom for all of us to watch.  I was not thrilled with a few things at the beginning and had a bit of a negative attitude for the first 20 minutes or so.  About halfway into the movie I was starting to wonder what was wrong with Greg Kinnear’s character.  I loved that he was so dedicated to his children and his ex-wife, although I couldn’t believe that he hadn’t given up on her since she was remarried and the holiday placesetting and the stalking thing was a bit much…

When he reveals to his daughter, who thinks he’s crazy for waiting for her mom to come back, why he refuses to give up, it is simply beautiful.  By the time the credits rolled, I felt like this was one of the top 5 movies I’d ever seen. I’ve come to realize that deep, abiding love is not typically born on easy street.  It is difficulties and trials that show our true character and honestly, I’ve learned that while we may have played a scenario over and over in our minds and feel sure that we know how we would handle a traumatic event such as a death, a betrayal, or any great tragedy, we just don’t know until it happens.  I used to take great comfort in the confidence I had that I knew how I would handle things based on what a strong person I thought I was and my mores.  When tragedy hit our family, I found that I was shattered into a million pieces and I couldn’t pick myself up for a very long time.  I was so broken, that I spent most of my time planning my suicide.  The pain was deep and excruciating, and I just couldn’t seem to find any relief.  I spent months trying to find a way to “go away” without leaving too big of a mess, just in case my children found me.  I know there are people reading this who are appalled that I would think like this, but if you knew me, you would know that my family is my everything and this is just proof that I was in more pain than my “self” could endure, and I was learning that we never know how we will react when tragedy strikes.  I kept crying out to God to bring me some relief and then I would let Him know how pissed I was that He allowed this to happen to me, to us.  The cool part was that I would be doing something and I would suddenly realize that I felt peace – the inexplicable peace that only He can bring.  It wouldn’t usually last long, but it was like coming up for air and feeling my lungs fill again and I believed in Him and His love again.

Last night Hannah and my Honey were telling me about one of the former trainers at Sea World who had been attacked by a killer whale and survived.  This morning I immediately watched the attack on my computer.  The whale grabbed his trainer by the foot and took him under numerous times for several minutes.  The man was a deep sea diver, so he understood about expanding his lungs in order to be underwater for extended times.  Each time the whale brought this man up, he would pet the whale and talk to it soothingly, all the while, his foot was clamped in this killer whale’s mouth!  At one point, the whale releases his foot and they “play” for a few minutes and just when you think it’s over, that the man will escape, the whale grabs his other foot and takes him down again!  I kept thinking how amazing it was that this man stayed so calm during what could’ve easily been his last moments on earth.  It was very obviously the reason he survived…  But, we never know, do we?  We don’t really know what we’re made of until that moment is staring us in the face and we only have seconds to make our decision…

I was brought up to think that suicide was a terribly selfish act.  My parents had always been quite vocal about feeling that way, so I naturally felt the same way.   Feeling and acting like this went against everything I had been raised to believe about suicide, although I’m sure the reason I was so secretive about it  and wanted to leave as little mess as possible, had to do with trying to be as unselfish as I could in doing this.  Yep, I know that sounds ludicrous, but that’s how it was then.

After a couple of months, our oldest son began to suspect I was planning something.  He confronted me and I was filled with shame.  Gosh, what kind of mama puts her 22 year-old kid through that kind of pain?!  He saved my life…  Thank God, he saw my pain and had the courage to confront me about it.  I’m so glad that when he was faced with this reality, he chose to look me in the eye and hold me accountable.  He fought for me, for my life.
I decided at that point not to make any life-changing decisions for six months. I knew I wasn’t emotionally prepared to make the right decisions and as much as I wanted to just be away from the pain, I knew without a doubt, God wanted me to calmly sit in the pool and pet the killer whale until I came to terms with the lessons He wanted me to learn in my pain.
I wish I could say that everything got better that day. It didn’t. The whale took me down several more times and I wondered when he would finally let me go. I didn’t do what I had always said I would do if this happened to my family. You just never know…
I am much more aware of my weaknesses now and, in turn, much more aware of my total dependance on Him. I am amazed at the difference grace has made in my life. After sitting in the pool for almost 3 years, I am astounded at the strength and endurance I am capable of. I am coming to terms with how fragile I am.  I remember during one of the dark early days I was talking to an old friend and I told her through tears that I felt like I was broken into so many pieces that I would never be whole again. Lovingly, she quipped, “You know, some of those pieces weren’t all that great to begin with, Honey, so just leave those ones down there!”

She is a wise woman.

Sometimes we panic, sometimes we’re heroes… We just never know.
But He does…